When Josh said, let's go to Luxembourg. My job was to research options for transportation and a hotel. Lucky us, I found a special deal on the train ticket and a reasonably priced hotel within walking distance to the downtown of Luxembourg city. Find the deal, make the trip; that's my methodology. 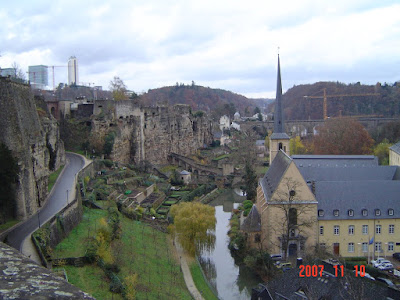 Luxembourg city is a small but very beautiful city by nature. Its wide canyon, which was full of water/ice, showed the Early Jurassic sandstone formation (water retreat marks). We took a two- hour-walking tour around the old town and the lower town. Our tour guide seemed to be a history buff and had a great passion for the city and his job. He gave us so much historical information.. from the early Roman era and the multiple other rulers; from birds, 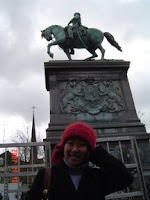 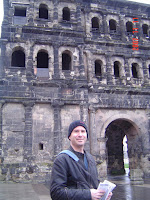 After the lesson, we decided to leave Luxembourg early and visit Trier since we had to change trains in Trier to come home. The first thing we saw was Porta Nigra (the best preserved Roman city gate north of the Alps) before we entered the old town. Porta Nigra is also known as black gate because the gate turned black 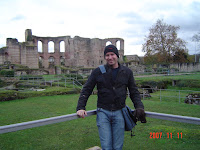 as it aged. We also visited the Trier Cathedral and Roman bath palace. By luck, we came across a festival. We had no idea of what 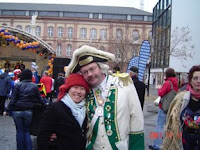 they were celebrating but it looked fun and interesting. There was a live band, beer booth, and people in customs.

It's always fun when we travel...we never know where we will end up and what we will see.
Posted by ally at 9:54 PM

I was randomly reading blogs and enjoyed reading several of yours. I live in the States so was very interesting reading of your travels in Europe! Very amusing too (boar family...:)
Suzanne

A registered moneylender might be able to provide you the assistance you may
need once you are abroad paydayloans his battered olympia typewriter is, in comparison, relatively recent; she has had it for just ten
years.